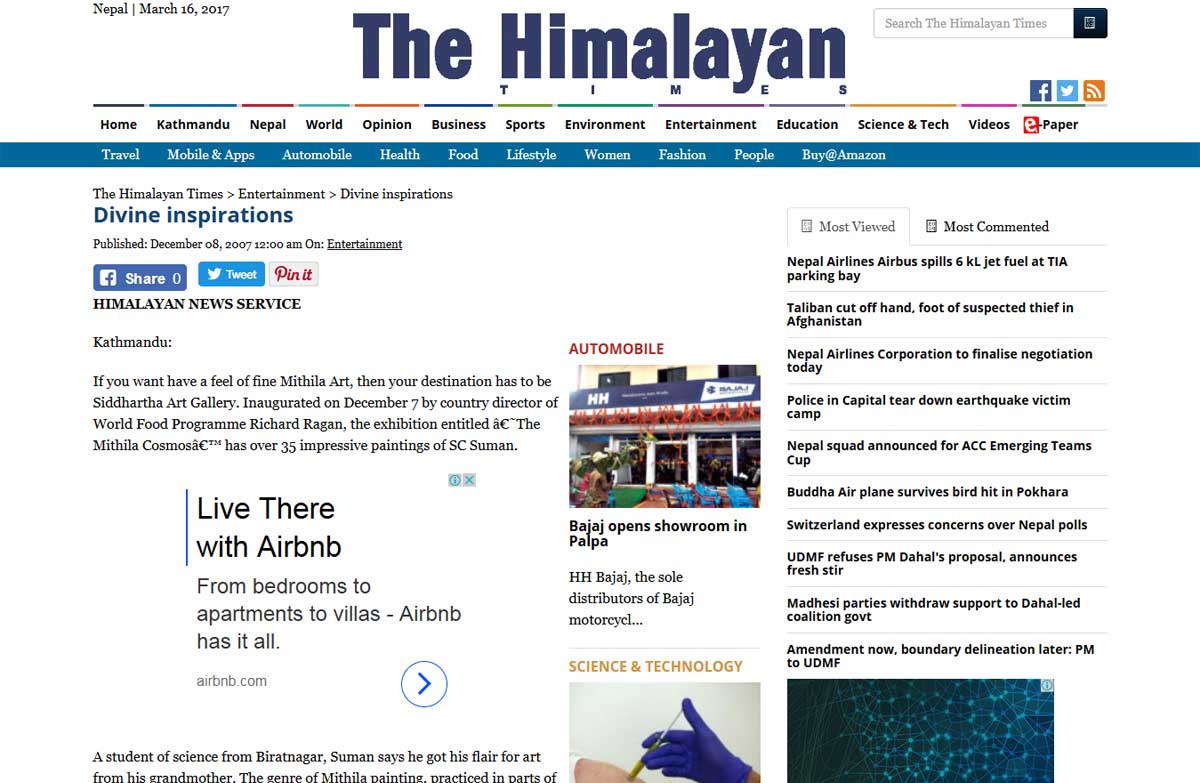 If you want have a feel of fine Mithila Art, then your destination has to be Siddhartha Art Gallery. Inaugurated on December 7 by country director of World Food Programme Richard Ragan, the exhibition entitled â€˜The Mithila Cosmosâ€™ has over 35 impressive paintings of SC Suman.

A student of science from Biratnagar, Suman says he got his flair for art from his grandmother. The genre of Mithila painting, practiced in parts of Nepalâ€™s Tarai and India, traditionally falls under the domain of women. The figures in the paintings are representative in their nature and the paintings are usually compressed.

Sumanâ€™s paintings are fine, he seemingly gives his best in every work. He has also explored a number of themes, mainly religion, love, and Tarai culture. His religious influence is very strong in many of his paintings. He has used natural pigment, mixed media and acrylic on silk.

The exhibition is on till January 6.