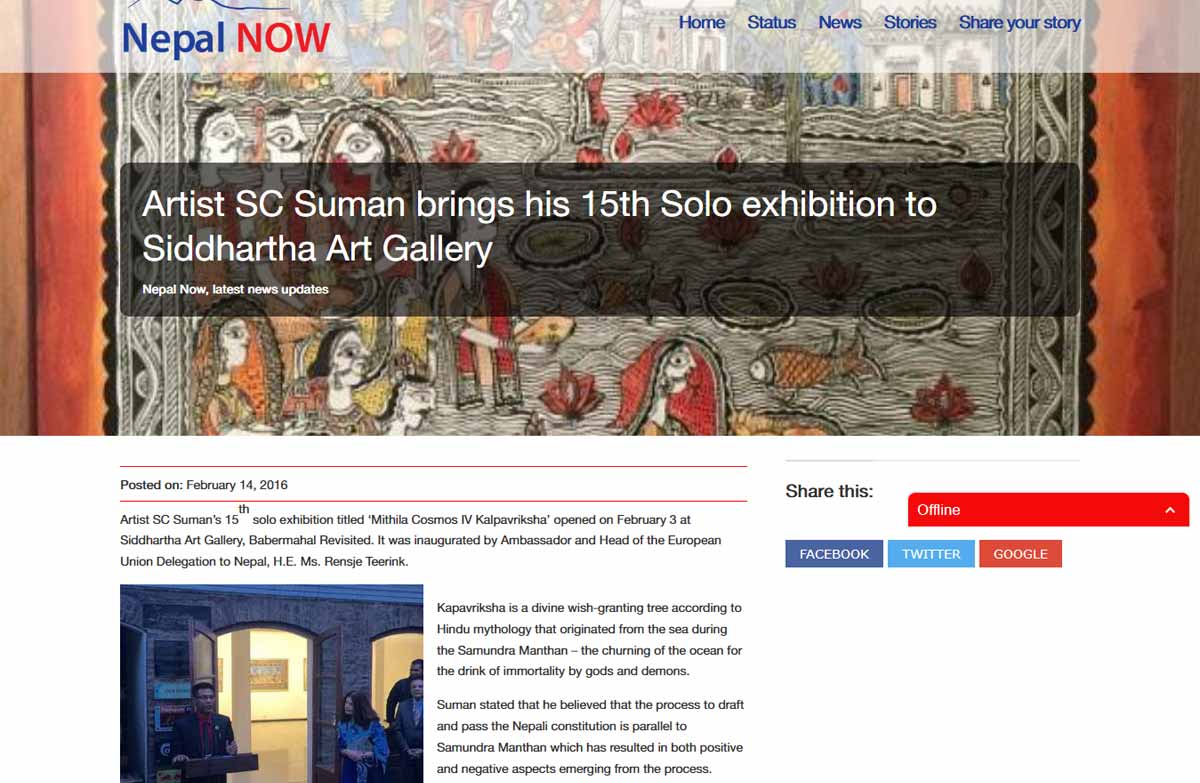 Kapavriksha is a divine wish-granting tree according to Hindu mythology that originated from the sea during the Samundra Manthan – the churning of the ocean for the drink of immortality by gods and demons.

Suman stated that he believed that the process to draft and pass the Nepali constitution is parallel to Samundra Manthan which has resulted in both positive and negative aspects emerging from the process.

“In Samundra Manthan various treasures as well as poisonous things came out and one of the venoms was handled by Lord Shiva. I believe our politicians too have to manage the negative aspects that have emerged with the new Constitution,” the artist explained. He further emphasized the need for the government to nurture its citizens and be like Kalpavriskha for its people.

Suman is an established Mithila artist and generous usage of traditional Mithila art symbols like fish, lotus, peacock, elephant, trees and women can be found in his paintings. He has also depicted festivals in Terai, mythological stories and traditional village life in his intricate paintings. Additionally, more recent events like the earthquake has also been addressed with a set of three part paintings titled ‘Rebuild Nepal’.

The exhibition is open to the public until March 2.