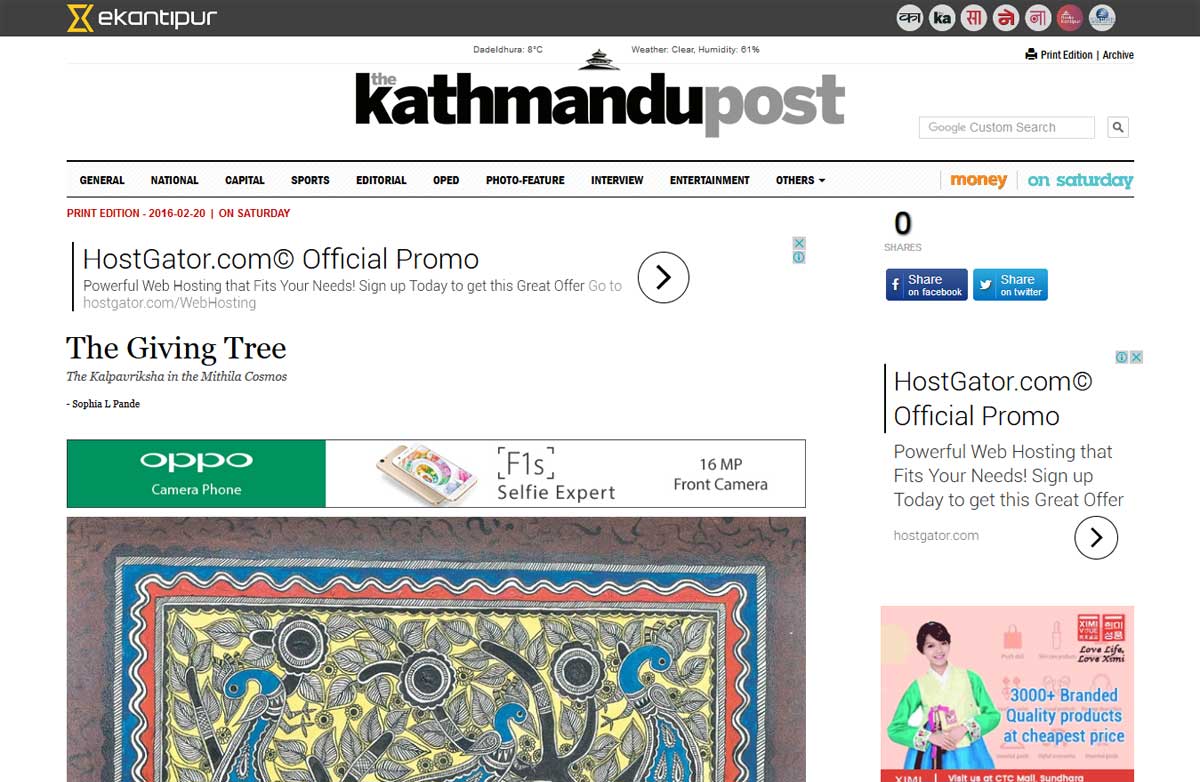 Feb 20, 2016- The art that originated out of the centuries old Mithila Kingdom, while often charming, can sometimes be dismissed as mere “folky” decoration. The bright colours, repetitive patterns, exaggerated side profiles, florals, stylised birds and animals, and a frolicking Krishna at play spying on bathing gopinis do not elide into people’s preconceived notions of “fine” drawing. While the art of the Mithila Cosmos does not aspire towards these lofty standards, it has the capacity to transcend its origins, utilising all of its formal constrictions in creating playful, truly lovely works that can make the heart soar. Today, in Nepal in India, the tradition of Mithila painting is able to boast a striking, collective body of works—drawn by gifted women and men who have taken this originally modest art to another level of sophistication.